When Elephants Dream of Freedom

I came to Thailand to buy an elephant. Not to own one as a pet so I can tie it up in my backyard and impress the neighbors — but to buy freedom for a working elephant. This has been my goal for quite a while. Six years ago I came here and worked as a volunteer at an elephant sanctuary called Elephant Nature Park outside of Chiang Mai. At the risk of sounding like a cliche, I will say that the experience changed my life.

The future of elephants in Thailand looks pretty bleak right now, but there is definitely a ray of hope. An entire book could be written about the plight of the Asian elephant, but here is a very quick summary of the situation. Let’s get the bad stuff out of the way first (and I’m not going to show pictures of the bad stuff. We all see way too many gory photos. I want this to be a story about hope and optimism). A hundred years ago there were approximately 100,000 elephants in Thailand. Now there are an estimated 5,000 remaining, only half of those still living in the wild. In Thailand domestic elephants have the same legal status as livestock. They have no more rights than a cow or a pig or a chicken. Elephants work hard, many hauling heavy logs in remote, mountainous areas — even though the government banned logging in 1989.

Happiness is hanging out under a fig tree. Elephant Nature Park.

Other elephants work on the streets of busy cities like Bangkok or Chiang Mai, begging tourists for money. The elephants earn a lot of money for their owners this way, but you can imagine how stressful it is for an elephant to live in a crowded, noisy city, dodging cars, buses and motorbikes, breathing in exhaust fumes night and day.

Many elephants work in the tourist industry, giving tourists rides on their backs along jungle trails, or even painting pictures. Elephants are quite talented. And though this kind of work seems harmless enough, it’s tough on the elephants. They lose their families and are taken from their mothers at a very young age. Just as horses are “broken”, elephants must also lose their wild spirits to become submissive to their human masters. The intensity of this “breaking” literally kills many. And though there are many good, responsible tourist camps, there are some very bad ones. Elephants are sometimes chained up in stables for long periods of time, underfed and neglected. It’s a sad situation for such a gentle, intelligent, beautiful animal.

For me, it’s more fun to walk WITH the elephants than ON them.

But like I said, there’s a ray of hope. A Thai woman named Lek Chailert, has devoted her entire life to improving the situation for the Asian elephant. You could call Lek an “elephant whisperer”. She can look into their eyes and communicate with them. Twelve years ago she created a sanctuary in a remote valley in northern Thailand and named it Elephant Nature Park. The park is now home to forty-four very happy elephants, which are now in “retirement”. I’ve just spent the past four incredible days there and I’ve never seen so many happy elephants. And cats and dogs and water buffalo and ducks and cows. It’s like Old MacDonald’s Farm. Elephant Nature Park takes in any animal who needs rescuing — even animals that jumped off the truck heading to the slaughterhouse!

Lek Chailert believes that elephants can be trained using positive reinforcement rather than the traditional system of beating the animal into submission. There have been elephants born at the Park, and she is able to show live proof that her system can work. She also believes that with education, the next generation of Thais will take better care of the environment and will understand that ecotourism can make just as much money as traditional elephant trekking.

Elephant Nature Park offers ecotourism programs. You can spend a whole day walking with elephants, feeding them, interacting with them, having fun with them. But you don’t ride them. Trust me, it’s wonderful. You can stay overnight at the Park and spend even more time with the elephants, including bathing them in the river which runs through the Park. Even celebrities like this place. Two that come to mind that have visited are Meg Ryan and Owen Wilson.

Spending a day with elephants without riding them. Ecotourism.

There are several different volunteer programs, including a dog volunteer program for those who love dogs. As you can imagine, it costs a huge amount of money to feed forty-four elephants and hundreds of other animals as well. Every dog, every cat and every elephant I saw has a round belly, and everyone receives excellent veterinary care. Ecotourism, voluntourism and donations pay the bills. The success of Elephant Nature Park has not gone unnoticed. Trekking camps have begun to take an interest in ecotourism as well. Personally, I think that walking beside an elephant is much more fun than sitting on top in a saddle. At one point during our walk, an elephant wrapped her trunk around my waist, hoping to find bananas in the fruit bag we were each given at the start of the day.

On the “Pamper a Pachyderm” program…

There are many young, healthy elephants in the Park, but many are elderly and have various handicaps. Here are some of the elephants whose stories will touch your heart. They are all living very happily now, with nothing to do but eat, sleep and play — and heal. They are treated with love, respect and kindness.

This is a young male wild elephant whose leg was caught in a snare. He was brought to the Park for veterinary care and his foot is slowly healing, though it will never be normal again.

Healing from being caught in a snare in the jungle. Care provided by Elephant Nature Park.

The wound is much better than when he first arrived.

This is a land mine victim, but she lives happily with her adopted family.

A lot of logging elephants have stepped on land mines.

This is Jokia, who is 54 years old and completely blind in both eyes. Jokia was pregnant when she started a new job in a logging camp. She gave birth while pulling a heavy log up a hill. The newborn rolled down the hill and died, still in the placenta. Jokia was not allowed to go to her baby and responded by refusing to work. Her mahout hit her eye with a slingshot, blinding it. Later, she swung at the mahout with her trunk, injuring him. He blinded her second eye. Lek bought Jokia for $2000 and brought her to the park in 2001 where she became best friends with Mae Perm, on the left. The two elephants are inseparable, Mae Perm leading Jokia around, understanding that Jokia cannot see.

Blind Jokia in the foreground with her best friend, Mae Perm, and their mahout.

This is Medo, who is 39 years old and has been at the Park since 2006. It’s heartbreaking to watch Medo walk, but she is free now and no longer forced to drag logs all day long. She has friends and is a happy elephant.

Photo by Elephant Nature Park. Medo’s hip and back injuries were never treated by her previous owners.

Medo loves her life at the Park and manages to get around without too much difficulty.

This is Sook Sai, 51 years old. She only recently arrived at the Park, in January of this year. Sook Sai broke her ankle carrying tourists and when it healed, she limped. Many tourists complained about the bumpy ride they got from riding on Sook Sai, so she was sent out to beg in the streets. More tourists complained that it was cruel for this limping elephant to be walking on busy streets so her owners put Sook Sai into a forced breeding program. Not much is known about this period of her life. But when Sook Sai came to Lek’s attention, she was chained up and left to stand in her feces, often going without food and water. Now she has retired!

Sook Sai is still adjusting to being free.

It’s funny how we can go somewhere hoping to do one thing and yet something completely unexpected may happen. I went to Elephant Nature Park thinking that I could help an elephant. But of course, the elephants helped me. I laughed and I played and felt completely alive. Their incredible spirits are an inspiration for us all. This is a place to come for healing, especially if you volunteer and can spend at least a week among these special animals.

I know how it feels to be “unfree” and I know how good it feels to lose those chains. So yes, I will donate money to rescue another elephant for the Park when the opportunity arises. I can’t think of a more worthy purpose in life.

For those of you who are interested in visiting this magical place, you can find more details at http://www.elephantnaturepark.org.

(all photo credits – India Harris except the ones with me in them!)

43 Comments on “When Elephants Dream of Freedom” 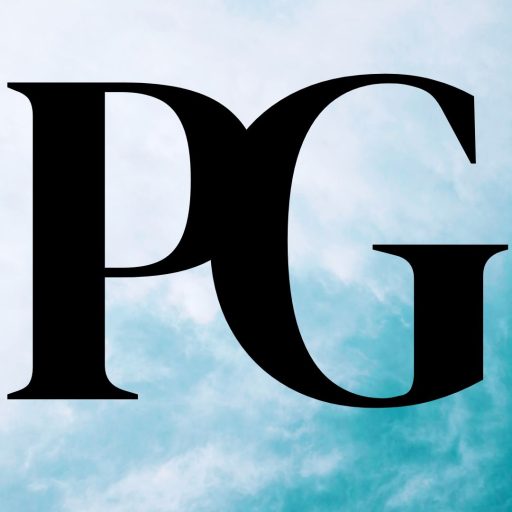